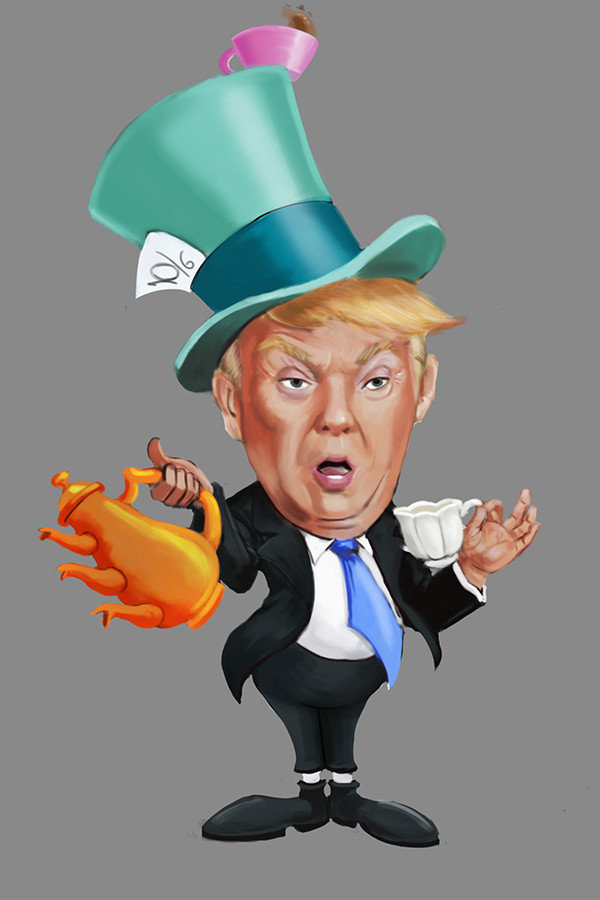 “But I don’t want to go among mad people,” Alice remarked.

As a young girl one of my favorite books was Alice in Wonderland by mathematician Lewis Carroll. The challenge the protagonist, Alice experienced was attempting to make sense of a world that was operating from the opposite side of her reality. I think I may have been attracted to Alice and her predicament because that was the way I felt in many academic and professional situations. When I left my community to attend a white junior high school and to take honors classes in my high school I experienced a world that was lived in direct opposition to the one I knew and loved. Most Black people know about these two worlds but in recent weeks we have seen this opposition in unprecedented degrees.

Black people have become quite skilled at living in 2 competing worlds. Intellectual heavyweight W. E. B. DuBois accurately described the “twoness” we experience. Our white friends love watching hockey; we’d rather see basketball. They serve herb dressing and green bean casserole; we love that cornbread dressing and collard greens. These differences in style and presentation have generally been able to co-exist and we have learned to accommodate and appreciate each other. But now, we find that we have dropped far down into a rabbit hole presided over by the maddest of the mad hatters—the Orange hater!

Amid 19 months of chants and screams to “Build the Wall,” “Lock her up,” and “Ban all Muslims” we all believed that we would somehow find our way home and crawl back to the other side of the mirror. But no, on November 8, 2016 we saw the affirmation of the madness and a few weeks ago on January 20, 2017 we started hearing the crazy pronouncements. In Alice in Wonderland all of the characters seem quite mad. The Queen of Hearts plays croquet with live birds she has shaped into mallets. Whenever she does not win a point she screams, “Off with their heads!” The Mad Hatter hosts a tea party where no one actually gets any tea. Instead he insists that everyone “move down to a clean cup!” As I consider the absurdity of Alice’s predicament I can honestly say, “Alice, girl…I feel you!”

We are living in a political situation that is truly terrifying. The Orange Hater has just signed an order to ban immigrants from 7 countries with large numbers of Muslim citizens. He did this with no regard to those who have already begun the immigration process and have gone through months (and in some cases years) of screening or “extreme vetting.” One family was in transit from Iraq and was taken off an airplane in Cairo, Egypt. The father has 3 degrees and they had sold their home and all of their possessions in anticipation of arriving in the US within a day or so. Now they are being deported back to Iraq.

For those in this country who have that dreaded disease known as Islamaphobia (a strain of the horrible malady known as racism), Orange Hater’s decision is exactly what they wanted. However they fail to realize that US armed forces are stationed in a number of these places. The decision to ban their citizens can ultimately put those soldiers at greater risk. A number of the people who are seeking to immigrate to the US put their own lives on the line to assist US forces. Now it appears that we are doing the same thing we did when we pulled out of Vietnam…leaving our collaborators in dangerous and vulnerable positions.

Anyone who thinks the “Muslim ban” is the end of the hate and vitriol has a poor perspective on history. This is the first group. When he “sends the feds” to Chicago it will be on a “shoot to kill” basis. The planned 20% tariff on Mexican imports means the Patron that some folks like sipping is about to skyrocket in price along with avocados, Volkswagens, and a myriad of goods we rely on from Mexico our 3rd largest trading partner.

We must be mindful that when they come for your neighbor, they will come for you next. Alex Baldwin and Saturday Night Live aside, none of this is funny. A dangerously unbalanced megalomaniac is not merely sitting in the Whitehouse. He is sitting there with access to the nuclear codes. The people who surround him are sycophants who are afraid to tell him the truth. An entire level of experienced State Department executives and managers has resigned. A man with a badly fitting suit appears before journalists to say, “Who you gonna believe…your lying eyes, or me?” when it comes to the number of people attending the inauguration. All of this foolishness is occurring while another branch of government—the Congress—that couldn’t criticize President Obama enough, is acting like the 3 monkeys, see no evil, hear no evil, and speak no evil.

We are definitely on the other side of the looking glass. We are experiencing an alternate reality where someone can actually utter the phrase, “alternative facts” on a national news program as if that was a “thing!” By the way, there IS a name for “alternative facts.” They’re called LIES!

Black people we cannot wait until 2020 to do something about this. At this rate we may not live until 2020. We have to call, write, email, and text legislators. We have to write editorials and blogs. We have to organize and march. We have to financially boycott those businesses that go along with this foolishness (I cancelled my Uber account today and switched to Lyft since the Uber dude is supporting the Orange Hater’s policy on immigration). We have got to get out of this rabbit hole…and fast!

Like many of my friends and acquaintances I made it a point to attend the film, “Hidden Figures” starring Taraji P. Henson, Olivia Spencer, and Janelle Monae as Katherine Johnson, Dorothy Vaughn, and Mary Jackson, respectively. This is the story of the African American women mathematicians behind the NASA space program in the early 1960s. My interest in the film was fueled by having seen the real Katherine Johnson receive the Septima Poinsette Clark Award at the Alpha Kappa Alpha Sorority, Inc. International Convention, this past July in Atlanta, GA.

Johnson, Vaughn, and Jackson remind me that there are so many talented Black women—Black people, in general—who are all around us but who the society regularly ignores. The challenge of the film for me as a Black woman is the way segregation as an institutional system was (and continues to be) a part of the warp and woof of US culture. I also appreciate the way the film illustrates how recent this system was in full force. “Hidden Figures” is not some Civil War or Reconstruction era film. The action begins in 1961! Yes, the so-called revolutionary, free love, civil rights 1960s are the setting for this film. The women live in a world where they continue to sit in the back of a bus, use only the “colored” section of the public library, drink from a separate coffee pot, and use a separate bathroom. And, how is it that the Black women recognize that all of these things are wrong but the “smart” White people with whom they work are fully comfortable with the state of things?

Watching the film reminds me of the ongoing complicity that ordinary, every day White people endorse day in and day out and take as normal. As a society we are quick to point out outrageous acts of racism—shootings, church bombings, and shouting racial epithets. But, those are not the kinds of things that most of us experience in our daily lives. No, most of us experience the kind of racism that is hidden in plain sight. For example, when White people sit in a meeting making high-level decisions and there is not ONE person of color in that meeting that is an example of racism hiding in plain sight. When White parents head to their children’s schools (especially schools claiming to be “diverse”) and sit in concerts featuring all White orchestras or visit gifted and talented programs that are all White or applaud at National Honor Society inductions where every single student is White (or of high status Asian descent) is racism hiding in plain sight. Similarly, if in those same schools the special education designations and suspension and expulsion rates are overwhelmingly Black and/or Latino that too is an example of racism hiding in plain sight. Indeed, in all of those circumstances where I find myself as the ONLY Black person in the room I see the racism hiding in plain sight.

I am very proud of the accomplishments of Katherine Johnson, Dorothy Vaughn, and Mary Jackson. I am proud to call them my sorority sisters. But, I am also proud of the ways they fought an unjust system as college graduates who knew things were not fair, even in the federal government. They did remarkable work. What was also hiding in plain sight for me was the fact that NO African American men seemed to rise to the stature of mathematician, engineer, or programmer at the Langley NASA facility. We do know that Astronauts Guion Bluford and Ronald McNair were among the first African American men to participate in the space program, but what about Black men who could have filled some of those behind the scene roles in mathematics, engineering, and computer programming? Perhaps mathematicians like J. James Andrews, Augustin Banyaga, Albert T. Bharucha-Reid, Donald Blackwell, or W. Scott Williams or engineers like Jerry Lawson or Jesse Russell all of whom were contemporaries of the women of “Hidden Figures” could have been recruited to advance the cause of science.

As I stated in the first paragraph I learned of Katherine Johnson’s accomplishments when she won the Septima Poinsette Clark Award at the 2016 Alpha Kappa Alpha Sorority, Inc. Convention. As excited as I was to learn of Katherine’s outstanding work I had to wonder how many people witnessing the award ceremony actual knew who (our other sorority member) Septima Poinsette Clark was. Her work was pivotal in shaping my own career and approach toward fighting racism. But, just as people probably didn’t know about Katherine Johnson too many of us do not know of Septima Clark and she was right there hiding in plain sight.