Last night I viewed the Academy Award nominated film, “I am not your Negro,” the documentary focusing on author, essayist, and activist James Baldwin’s experiences with 3 American martyrs, Medgar Evers, Malcolm X, and Martin Luther King, Jr. Given my own life experiences I recall vividly the stories of those times—I lived through those times. What stuck in my mind was the film’s title, “I am not your Negro.” What was the filmmaker trying to say? Was it that no matter how you construct Black life in the U.S. I am not here to be serviceable to you. The more I thought about the title, I kept thinking, “I am not THAT Negro.”

Who is “THAT Negro?” It’s the Black person that White liberals invite into their “next level” circle. They are not at the most intimate level but they are closer than a casual acquaintance they wave at in the office. That Negro is the one who is invited to White people’s children’s weddings, backyard barbeques and potlucks, and family funerals. Of course when they attend these events they realize they are the only Black “friend” these White people have. They find themselves standing around awkwardly at the affair and realize they are only there to provide “local color.”

Having been cast in the role of “That Negro” more times that I like to admit, I know that many of my White liberal friends are comfortable with me. After all, I am “educated.” I move in professional circles. I have achieved some level of success in the White, middle class hierarchy. I have made a name for myself. I am a “credit to my race!” They think I am “That Negro” who gives them liberal “street cred.” My presence on their social media feed and friends list is their way of saying, as scholar Audrey Thompson says, “I’m a GOOD White person.” The ability to drop my name (and that of other Black people seen as safe and/or legitimate) means they are not like the rest of the White people. They are aware. They are conscious. They are not racist. They are “on the right side.”

But, the truth is I am NOT THAT Negro. As Baldwin’s words express in the film, White people’s anger emanates from a place of terror. Black people’s anger comes from a place of rage. We channel our rage in all kinds of ways…some healthy and some not so healthy. People like me write, organize, and participate in our community in things unashamedly and unapologetically Black. I work in coalition to the extent that those coalitions help Black people. I don’t care if people suggest I need to be more “multicultural.” I don’t see White women organizing to include “other” people in their movements—at least not to the extent that they actually change their behavior. But, some of my Black friends and families engage in destructive behaviors and activities as a way to deal with the rage they feel. They drink, the do drugs, they abuse their bodies and other people. They do all of this because they live lives that hem them in and limit their potential. They do this because they cannot see their way up or out. And, still another group of my friends and family place their hope in their faith. Their theology teaches them that this is a world filled with trouble and disappointment and they place their hope in their God and His promises. Truth be told, I am someone who falls into all 3 categories—I work in coalition, I sometimes do destructive things (let’s not talk about my diet and failure to engage in healthy habits), and yes, “my hope is built on nothing less than Jesus’ blood and righteousness.” I KNOW I am filled with rage and I try to channel that rage, produced by the trauma of racism—past and present—in ways that feed my hope. I watch beautiful Black children demonstrate Black genius in their poetry, their scientific understandings, their athleticism, their dance, and their art. I talk to Black elders who share with me their stories of “how they got over” in the midst of segregation and ongoing discrimination. I find solace among my Sistah friends who with a roll of their eyes or a long drawn out “Guuurrrl” help me laugh through the tears. I burst with pride at the Brothas who bring more swag to the planet than anybody else—whether it is a thunderous LeBron James dunk, a melodious sermon of a Black preacher, or a Barack Obama strolling through the halls of the White House (alas, I wish I could see that again). I rejoice in the absolute majesty of the history of the Black experience on this continent and throughout the world.

For your sake and mine, I have found something to do with the rage. But, do not kid yourself, the rage is real and the rage is there. And, despite my politeness, the smile I place on my face, and my calm demeanor, one of the things the rage reminds me of daily is I am not THAT Negro! 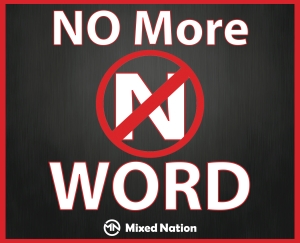 This past weekend writer, critic, activist James Baldwin would have been 90 years old. As a tribute to Baldwin who was one of my heroes I posted a video clip of an interview with James Baldwin called, “Who is the N**ger?” [He used the actual word but throughout this post I will refrain from using it either in its original spelling or the more popular hip hop spelling ending in the letter, “A”]. Watching that interview reminded me of how problematic the N-word has been for Black people. Baldwin declared that the word did not belong to Black people, it belonged to Whites and since they created it, it reflected who they are, not who Blacks are. (See clip below).

For those of us who experienced the Civil Right Movement, the word provokes an almost visceral reaction–fear, anger, offense, outrage are all wrapped up in that word. For today’s youth it is often “just another word.” But the word is not nearly as neat and clear cut across generations as that.
Black people have always had a complex relationship to the word. We’ve used it as a term of endearment (c’mon folks ‘fess up…we’ve referred to friends and foes alike using the N-word) and as an indictment (as in “N-word, please!). Our use of the word, while simultaneously condemning Whites for using it, has created some controversy. We hear it all the time. “Why is it all right for you to use it and I can’t use it?” The best response I’ve ever heard to that came from scholar, author, journalist Marc Lamont Hill who asked, “Why do you want to use it?”
Black comedians are known for their use of the N-word. Richard Pryor referred to himself once on the Late Show with Johnny Carson as “Skinny N-word.” His stand up was riddled with the word. Chris Rock insists that there are two kinds of Black people–Black folks and N-words–and he does an entire set that contrasts the two.
But where does that leave us? Several White celebrity’s have found themselves in deep trouble for having their use of the word exposed…Michael Richards (of Seinfeld fame), Paula Deen (of Food Network), and pop singer Justin Beiber have all been caught using the word.
My discussion with young people about the word pulls on its historic use and meaning. I remind them that author Toni Morrison says that the N-word is the first word every non-Black immigrant learns when she or he arrives in the US. It is the word that makes them “American” and allows them to have solidarity with Whites. It is the word that grants them entrance! Indeed, after the terrorists attacks on the World Trade Center on September 11, 2001 racists were calling some Middle Eastern descent people, “Sand N-word!” Think about that…N-word is such a pejorative that it can be used to denigrate anybody!
Some Black people say that our “in-group” use of the word represents our “taking it back” and keeping it from having power over us. The Black use of the N-word thus becomes our ability to invert the stereotype. But not everybody buys that reasoning. And, that’s why we’re a diverse community. As I said in an earlier post, we don’t all think alike! What do you think about the use of the N-word?