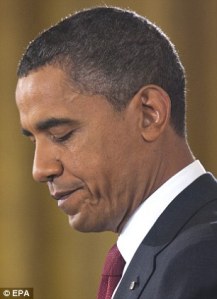 Yesterday, Democrats suffered an overwhelming loss in national and state elections. Losing elections is what comes with politics in democracies. One party wins and the other loses. However, when I look at the dynamics of this election I see some deeply disturbing trends. For one, the rapid shift of racial and ethnic population demographics has not moved the needle one bit when it comes to who has the power and who governs this nation. As I tweeted earlier. “Demographics is not Destiny.” In the midst of our ma’afa (our suffering during enslavement) there were plenty of counties throughout the South where we WERE the majority.
The other thing this election demonstrates is my contention about the “limits of liberalism.” So-called liberals will only go “so far” in advancing progressive politics. The President understood this and realized he could have stuck his neck out further but he would be sticking it out all by himself. He tried to go for broke on health care and got hammered. He did everything he could and brought the nation back from the brink of financial destruction and people complained because his administration hasn’t prosecuted anybody on Wall Street. How about you still have YOUR house? How about you still have a job? His Attorney General called out racism loud and clear, got slapped down for saying it, and his “supporters” “never said a mumblin’ word!” I don’t want to sound like an apologist for the President  and his Administration because clearly they’ve made mistakes. But, as Les McCann used to sing, “Compared to What?” You really think Mitt Romney and Paul Ryan would have been in your corner?
The thing about politics is that everybody deeply enmeshed in it realizes it is a game. The strategists on both sides are at their drawing boards right now planning for the next contest. But what are we doing…besides lamenting the loss?
I also learned that some people who should be in solidarity with me (because I have operated in solidarity with them) are not actually willing to “run on til the end” with me. The coalitions of “women,” “poor people” “union activists”, often fracture along racial lines. Billie Holiday was right, “God Bless the Child That’s Got His Own!”
So, where do we go from here? Well, as Black people we are used to losing in this rigged game. But we have to play a smarter game…one in which no one takes us for granted. I also tweeted, “They’re playing chess and we’re playing checkers!” In the addiction recovery community people often say you have to hit rock bottom before you decide you’re not going to live like this anymore. Is this our rock bottom? Are we ready to change what we’ve been doing?
Given our magnificent history I know that Black people will survive. We’ve been through MUCH worse. But we can never assume that other people are on our team. Despite everything we HAVE to be on the side of justice. Not just justice for us. Justice for all. Words from Dr. Martin Luther King, Jr’s last public speech echo in my ears today…”We’ve got some difficult days ahead…but it really doesn’t matter to me…. Because I’ve been to the mountain top and I’ve seen the promised land…. And we as a people will get to that promised land.
Oh, yes people we will survive this next era. The question is whether we will thrive!