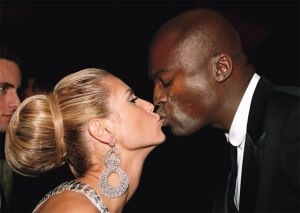 We’ve all seen it…an interracial couple walks by, enters a restaurant, movie, or other social event and a Black person who gives them a lot more than the “side eye.” There is a deliberate stare that essentially says, “Race Traitor” Why has racial solidarity come to mean that people cannot date, love, or marry outside of their race?
I get that the initial reaction is linked to a long history of both forbidden fruit when it comes to Black men coupling with White women and rape and sexual assault when it comes to Black women coupling with White men.
On one hand our Civil Rights fight has been linked to undoing laws against miscegenation that made it illegal for Whites and Blacks to marry. On the other hand, we sometimes see the decision to be romantically involved with someone across racial lines as a rejection of something fundamental and primal. Is picking a White woman the same as rejecting your mother and declaring that Black women are unattractive, less feminine, and less desirable as partners? Is choosing a White man the same as saying that Black men are trifling, powerless, and unable to provide?
Interracial couplings are more complex than these explanations. They speak directly to cultural, social, and political perspectives. The remind us that although we claim that race is a “social construct” it still has material consequences.
At one time we were more likely to see romance across racial lines primarily among the middle class. Today, we see these relationships up and down the social spectrum. But the data tell us that while Black men are among the most likely to marry outside of their racial group, Black women are the least likely to do so. Do we know why? What are our speculations? My sons were regularly courted by their White female classmates. They called, they asked them out. They offered to pay for dates. They offered to give them money and if I am not being naive I suspect they offered them sex. My daughter, who is beautiful, stands about 6 feet tall and is one of the smartest people I know has never received such attention by either White or Black males. My heart aches for her because she has seen so many less attractive White friends have scores of dates…many with Black males.
I recall when then Senator Barak Obama was introduced on the national political stage. My friends were sitting with baited breath to SEE Mrs. Obama. When she appeared as an “unambiguously Black” woman there was a huge sigh of relief! How do we move ahead on issues of race when we can’t even move past two people of different races walking hand in hand in public? When are we going to talk about interracial romance?

3 thoughts on ““Can We Talk About Interracial Romance?””